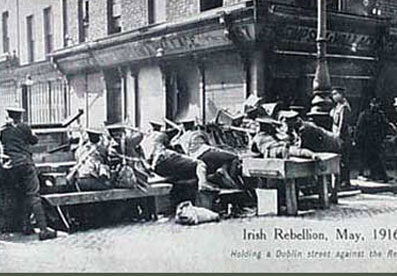 In 1912 Ireland was part of the United Kingdom; a decade later, most of Ireland had left it forever. This was the Irish Revolution, and Dublin was its cockpit. From the labour conflicts of 1913 to the open war of the Easter Rising and the guerilla war that followed: all of these, and much else besides, took place amidst the shabby grandeur of Ireland’s capital city.

This tour will explain this extraordinary decade on the streets that witnessed it. Unionists, nationalists, Home Rulers and Republicans, the IRA and the ‘Black and Tans’, Free Staters and Irregulars, ordinary Dublin citizen’s, communists and even a king and queen: all have their part to play on this walk through Revolutionary Dublin.

For further information on this tour please contact us at: