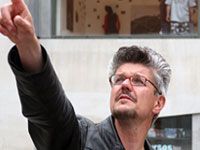 Tommy, a history graduate of Trinity College, founded Historical Walking Tours of Dublin in 1986. He is a founder (1993) and editor of History Ireland, the country’s only illustrated history magazine. He currently lectures

in Irish history and politics at Griffith College and formerly at Tisch NYU. A presenter of Newstalk’s ‘Talking History’, he’s also a regular contributor to the station’s Moncrieff show. At the 2010 Electric Picnic he kicked off his latest project, History Ireland Hedge Schools, an ongoing series of round table discussions of historical and contemporary interest. 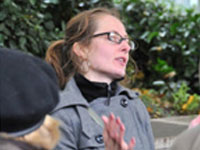 Grace completed her PhD in Trinity College Dublin in 2012 on the subject of medieval Dublin. One part of the PhD examined immigration from medieval England, especially Bristol, to Dublin and this is an area which she is continuing to research. She has

published on the Hospital of St John the Baptist, a medieval religious hospital in Dublin and has taught extensively at undergraduate level. Grace’s particular passion concerns the medieval history of Dublin – although only fragments of the medieval city survive, they reveal much about life for the inhabitants of the city – the walls which protected them, the markets where they bought their food, the churches whose bells tolled for life and death, and the Castle, which from the twelfth century to the twentieth reminded the citizens of their obligations to the English Crown.
Book Now